How to make a natural appearing nasal tip

There are many aspects that go into making a beautiful, naturally-appearing nose. With the nasal tip there are a few areas that impart a non-operated appearance. One aspect is having a full, uninterrupted alar (or nostril) margin that then transitions into a slight supratip shadow. Changes to this relationship are perceived as unnatural or less aesthetically appealing. With excessive tip cartilage excision during rhinoplasty this transition from the alar margin to supratip can become exagerated or the margin itself can become notched. With excessive convexity to the tip cartilages the nose can appear bulbous.

This woman is a good example of how changes to the supratip area jump out as not natural appearing. 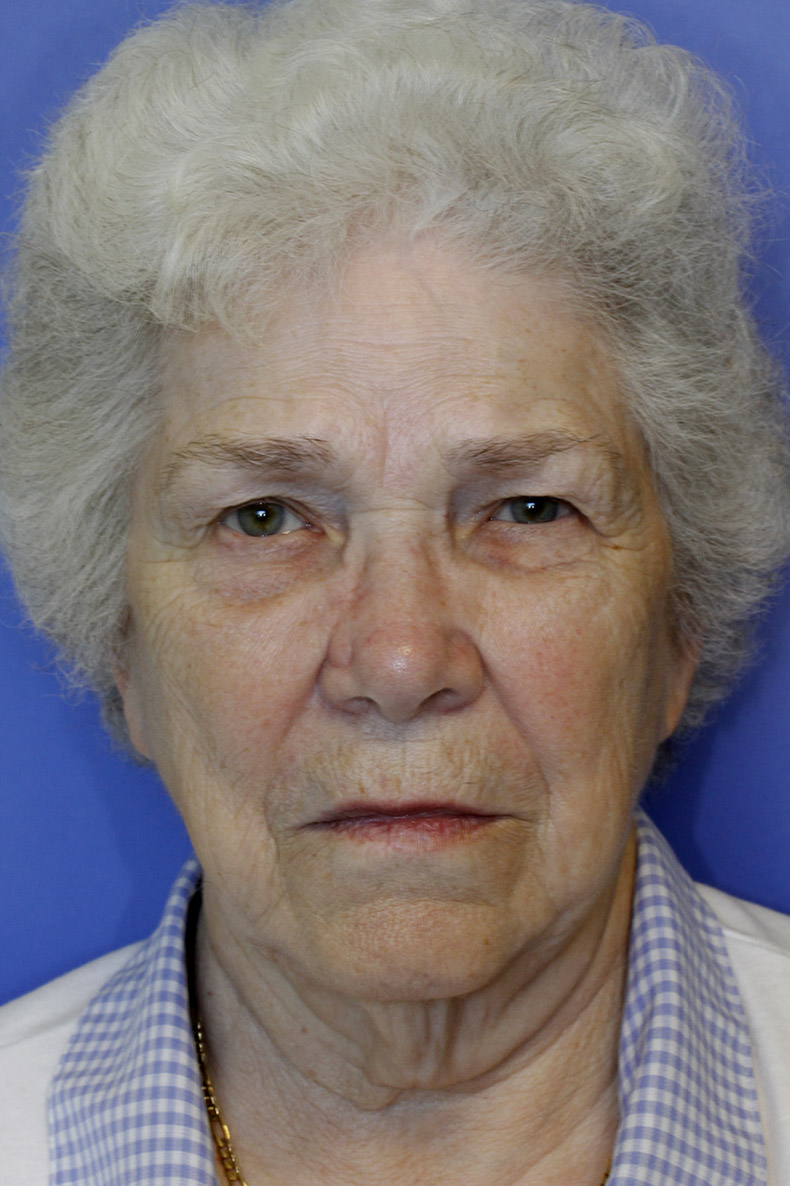 She had a skin cancer excised from her right nasal tip several years ago and then required a rotation flap to close the skin defect. As can happen to the nose in this area, the flap healed with what is called a pin cushion deformity. 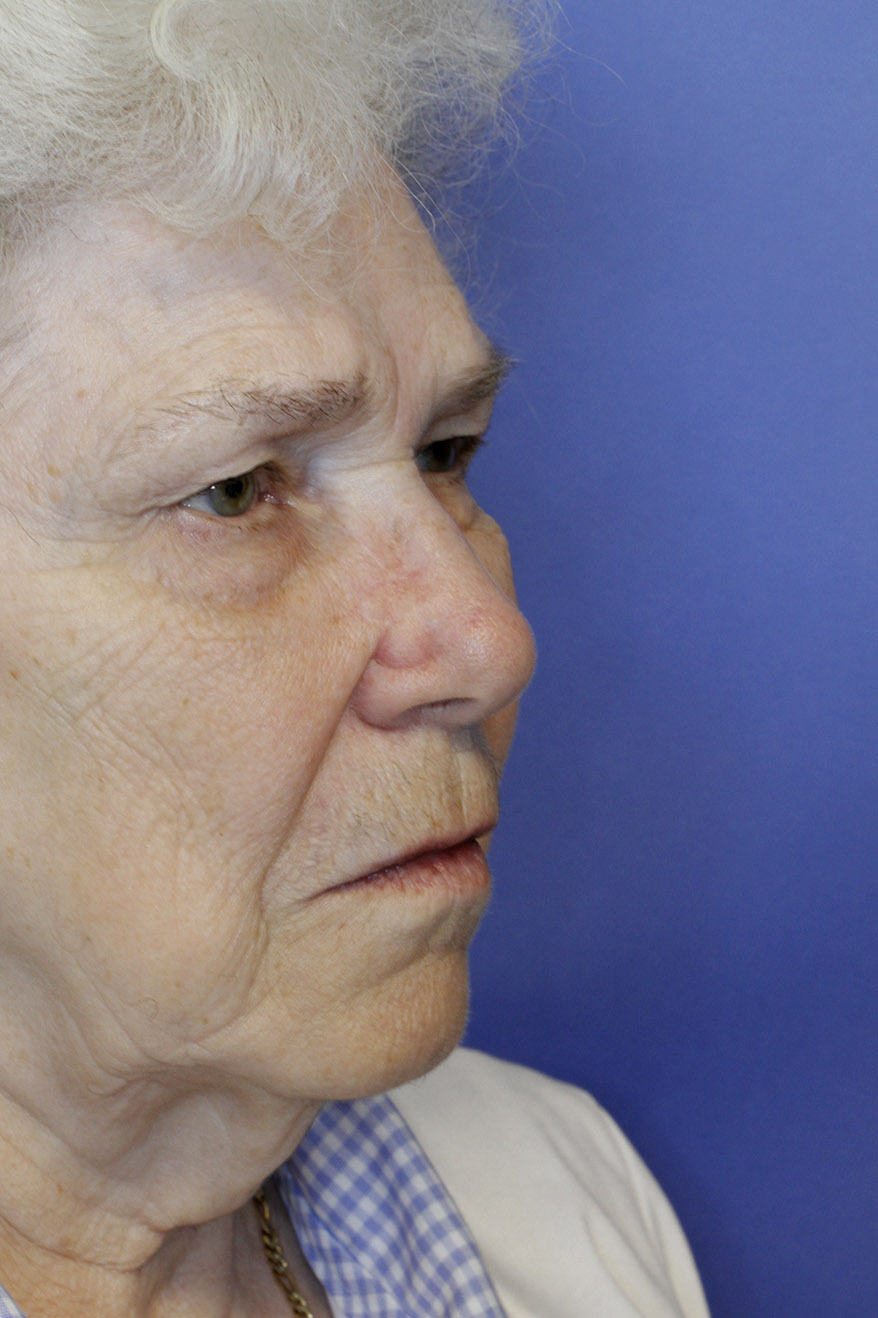 You can see how this pin cushioning creates a scar in the patient's supratip region that interrupts the normal transition from alar margin to nasal sidewall. The flap is also somewhat bulky, creating additional fullness to her nose in this region.

To fix the problem a two-stage flap and scar revision was performed. In the first stage the lower scar was excised and revised using a z-plasty techinque that creates an irregular scar. At the same time the flap itself was debulked to create a flatter, less bulbous nose. The patient is shown about 3 months after the first stage surgery in the middle pane in the photos below.

Three months after the first stage procedure, the patient then underwent the planned second stage dermabrasion of the tip where the skin was essentially sanded with a medical grade Dremel tool. This helps to blend and obscure the scar even more. The photo in the far right pane above and below show the patient approximately 6 months after her dermabrasion. 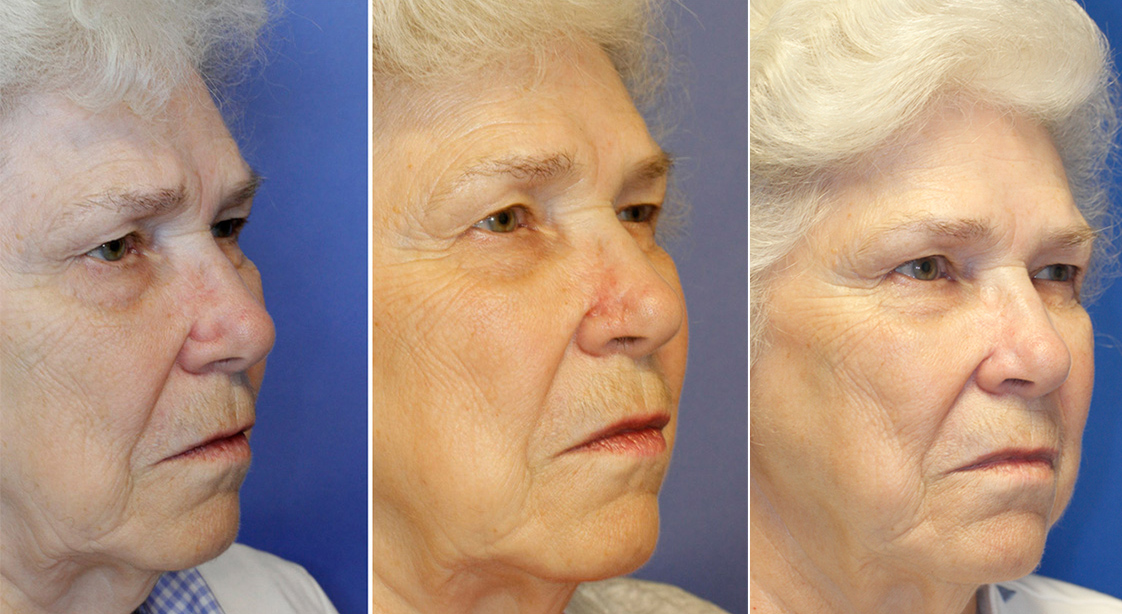 You can see in these unretouched photos (patient is not wearing makeup) how a much more natural, pleasant tip is evident. The transition from the nostril margin blends nicely up to the supratip area and the scar is very difficult to see. The idea now is that you don't even notice the patient's prior scar and attention is directed away from the pin cushioning and back toward her eyes.

I want you to know that my rhinoplasty and scar revision will change my life.